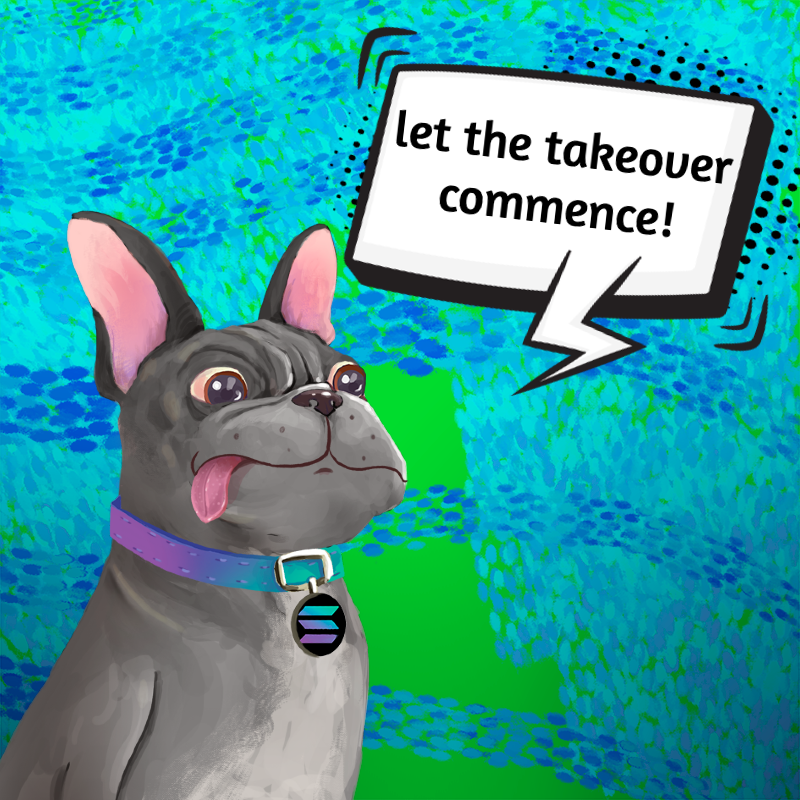 It was the very beginning. Our team stumbled upon some strange, mysterious ruins. That was the moment we realized we had been sent out on an expedition.

The ruins were made of rusty metal curves, like curious corroded coils laying at the bottom of the ocean. At first, we didn’t notice much else around.

We were sick with excitement. We recorded whatever we could get a glimpse of and took our findings back to our headquarters. We got to work; piecing together the puzzle. Suddenly, we noticed. It was getting clearer and clearer. “Time”... “Machine”...

This left us wondering - how far was mankind capable of exploring the world? What about twisting and warping the laws of the universe? We felt drawn to a powerful calling. It was our turn to make it happen. What could go wrong?

So, we flipped a coin. Heads we would stay put, and tails we would explore. The toss felt endless, and thump. Tails it was. In the blink of an eye, we lept into the scene. Poof! An explosion of lights. It felt like an earthquake and fireworks at the same time.

And then, nothing. Everything went quiet. Nothing had changed. No one said a word, in anticipation of something - anything. Then, an odd smell of sulfur and dust combined came tickling up our noses. A phantom of the bright lights, still blinding our eyes. I reach out, and my arm feels different. It’s short… and fluffy… Wait, where are my thumbs?

I spin around, and to my surprise, my team has become a perplexed group of dogs… I recognize the traits… Scrunched up noses, perky faces... A team of French bulldogs! What. The. Fluff. Just happened?

Leaping out of the machine, in a way I never could before, I waddled to a nearby fridge. And there I caught a glimpse, in its reflection - I was a dog. Everything felt strangely familiar, though it had all changed. A leash hung where my car keys used to dangle, my family portraits were that of dogs, the signatures on my desk looked more like paw prints…

Could it be that we had shifted to a parallel universe of... French Bulldogs?

There will only ever be 5000 OG Frenchies released on the Solana Blockchain. They will be the key to unlock everything on our roadmap. The collection has a deflationary mechanism where holders will be able to burn tokens to receive a Frenchie and keep the traits they like the most.

Convert to your time

Keep up with our launch updates

The aim of this project is to cultivate a unique community while you explore the new world of NFT’s, and make Frendz. We aim to bring value to our holders; meaning the decisions we make and the success of the project as a whole will be community driven.

The Community Fund will be funded with 10% of the main sale. This Fund will be used to purchase art from projects which the OG Frenchy holders community votes on. You will decide what we purchase with the funds and when we flip them. Some of these profits will either stay in the fund or moved to the Community Vault where you would be able to claim your share.

The Charity wallet will be funded with 10% of the main sale proceeds. This wallet will be used to donate to foundations that support abused women and charities that work against animal cruelty. These charities will be voted on by the community or the funds can be used for initiatives to make the world a better place as a whole. 2% of the secondary sales royalties will go to this wallet, which will be 33% of total royalties.

Community Vault user interface will go live where OG Frenchy Frendz holders will be able to claim their royalty split. Please see Royalty fee breakdown to see how the fee structure works, but 2% of secondary sales will go to the Community Vault wallet, which will be 33% of total royalties.

We are going to launch a merchandise store with some insane designs for our OG Frenchie Frendz Holders. Initially this will be exclusive to our OG holders or if the community votes; we can make it open to the public. We plan to do some collaborations with other projects in the space as well.

We will be launching a merging capability of Frenchie Frendz where our holders who hold two of our OG Frenchies would be able to merge them and keep the Traits they like the most. This will add a deflationary mechanism to the Collection.

3D NFT versions of Frenchies will go into development and OG Frenchie Frendz holders will be able to claim a free frenchie based off of their current OG NFT and their traits.

We will develop a Metaverse exclusive hangout area for all holders to be able to come together as their Frenchie avatar. Nothing is set in stone for the metaverse as of yet, but will be developed with the community's input and ideas in mind.

• Integrate Grape protocol with our discord to get OG Frenchie Holders verified.

• Launch Rarity information on our website and on howrare.is to be able to see your Frenchy Frendz NFT Rarity.

We are a few friends who have come together in collaboration to launch our very own project true to us and our values. All from different parts of the world and over multiple timezones. Working around the clock to bring something fun and unique to the NFT space 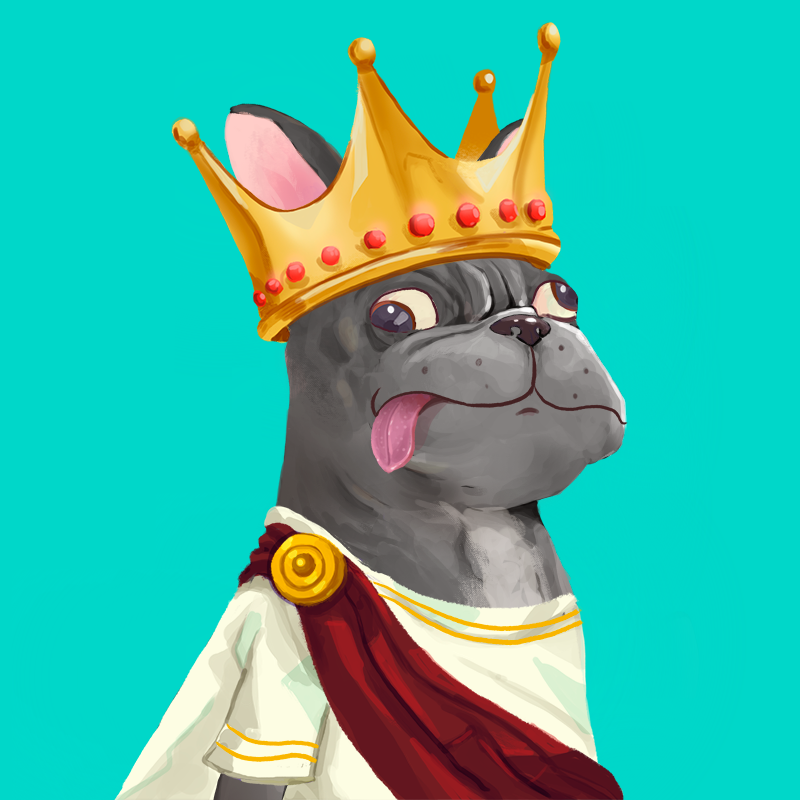 I make sure that the Frenchies have a bright future and that they keep their value and potential locked in. Key visionary and decision maker. 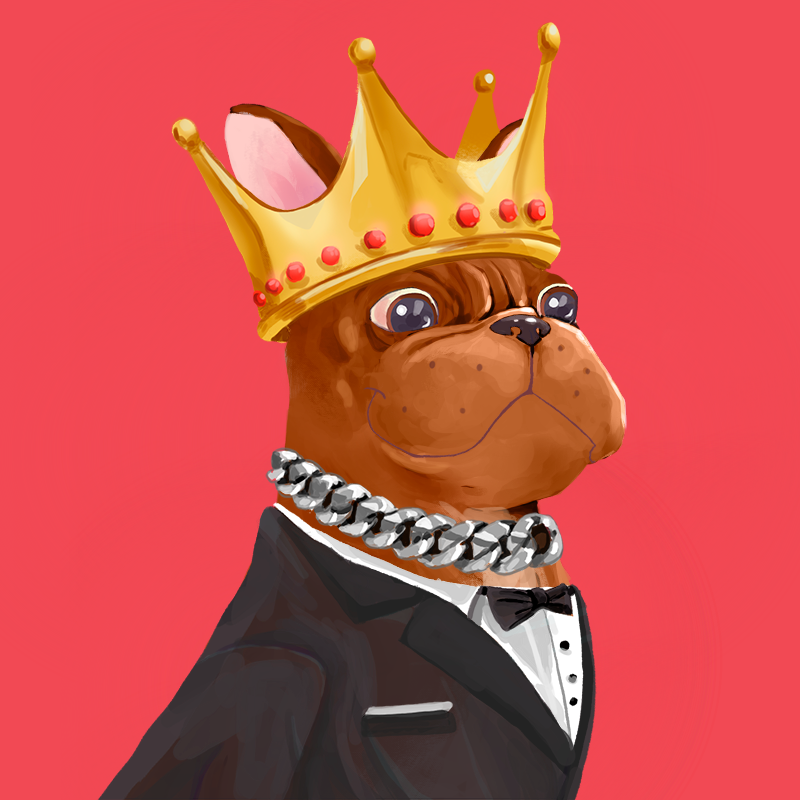 I run with the daily operations like picking up the Frenchie’s poop. 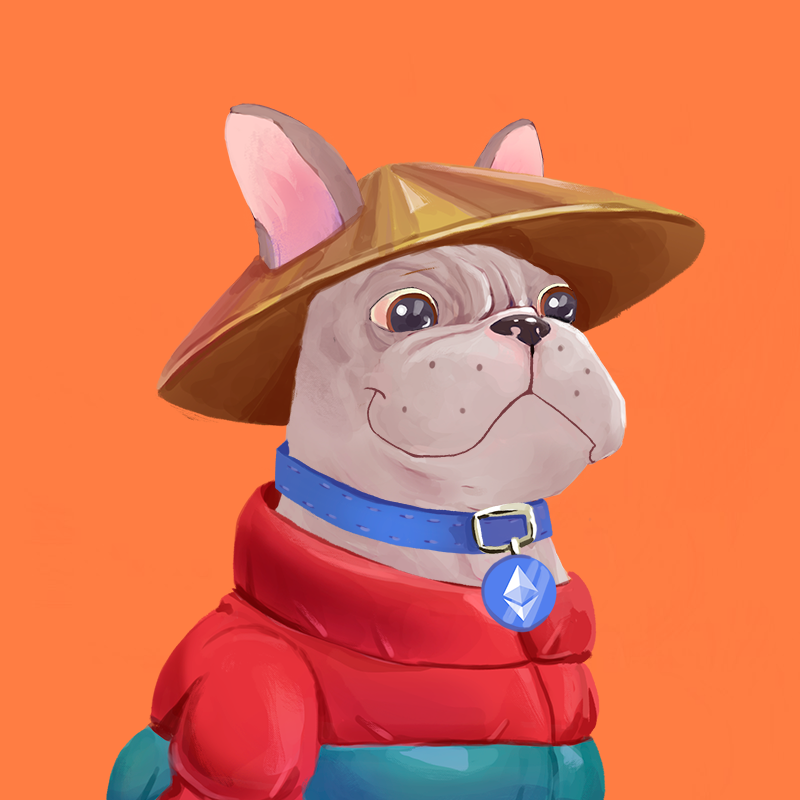 I am an artist from the future who loves painting pretty pictures, especially frenchies. 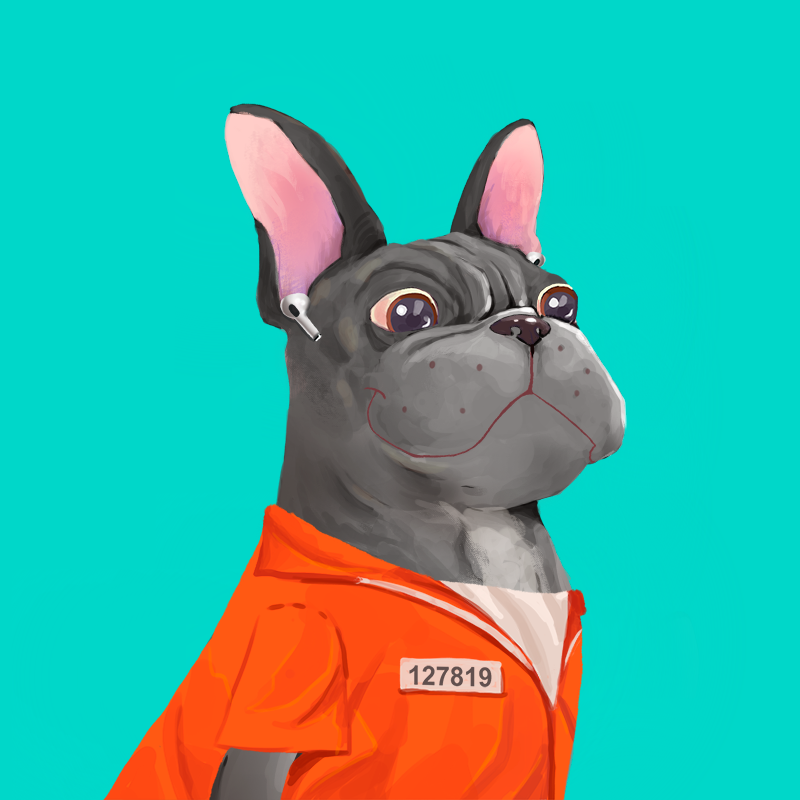 Insanely experienced and talented dev team ensuring the success and the future of Frenchy Frendz.

If there are any questions that have not been answered below in our FAQ, you are welcome to join our discord and post your questions there.

Our admins and moderators will be more than happy to help you!

How do I start collecting Frenchies?

You will be able to start collecting OG Frenchies on the 28th of October when pre-sales starts, by minting them on this website.

Why did we choose the Solana Blockchain ?

We chose to build our project on Solana because of low the transaction fees, which makes more sense for our Community Vault utility where holders would claim their royalties. Not to mention that we love the ecosystem and the community that comes with it.

When is the sale/drop date?

How much Solana will it be to mint a Frenchy Frendz NFT?

Is there a limit to how many Frenchie Frendz I can mint?

There are no limits on how many Frenchies you can mint.

Which wallet should I use?

How much are the royalties?

The total amount of royalties are 6%. It will be evenly divided between the Treasury wallet, Community vault and Charity wallet which equals to 2% each.

Where is the digital artwork stored?

Frenchy Frendz NFTs will be stored on Arweave, a decentralized data storage "permaweb" that backs data with sustainable and perpetual endowments, allowing users and developers to truly store data forever. Frenchy Frendz are here to stay forever and you don’t have to worry about your NFT disappearing one day.

How are the frenchie's generated?

The frenchies are algorithmically generated by our magic code which ensures that our entire collection of 5000 OG Frenchy Frendz are 1/1 and 100% unique.

What is an NFT?

Non-Fungible Tokens are unique, easily verifiable digital assets that can represent items such as GIFs, images, videos, music albums, and more. Anything that exists online can be purchased as an NFT, theoretically.

NFTs are different from cryptocurrencies because they’re not interchangeable. Think of Pokémon cards: You can trade them, but a Gastly is not the same as a holographic Charizard. But a bitcoin is indistinguishable from another bitcoin.

Why would I want to own an NFT? Can I make money on it?

One reason to buy an NFT is for its emotional value, which isn’t so different from physical objects...unless you’re a total utilitarian. No one buys lip gloss because they need it. They buy it for the way it makes them feel. The same can be true for a GIF, image, video, or other digital asset.

The other reason is because you think it’s valuable...and will only increase in value. And yes, you can make money off of an NFT by buying and reselling it for more.

How do you know your NFT is authentic?

NFT ownership is recorded on the blockchain, and that entry acts as a digital pink slip. Our NFTs will be encoded using Metaplex's smart contract on the Solana Blockchain.

Which wallets will I be able to use to mint an NFT?

We offer a number of wallet connections for minting, but Phantom is the recommended wallet.

How can you ensure distribution of mints is random?

Get a Solana Wallet - It's free, easy, and takes seconds. We recommend using

Fund your Solana Wallet - You can buy SOL on many popular exchanges, or easily exchange for it:

Just put your Solana wallet address above to swap for SOL.

Mint Away - Click "Connect Wallet" when the mint is opened, then click "Mint Now". You will be prompted to approve the transaction - after approval, your NFT will show up in your wallet in seconds!

Just like that, you're all set & able to mint an NFT on the fastest & lowest cost blockchain.

Got it! Close this